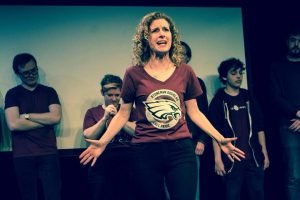 Rebecca Salus, a 40-year-old social worker who moved here from Florida last year, was just settling in to life as a Philadelphian when news broke of a devastating shooting at her alma mater, Marjory Stoneman Douglas High School. Moved to act in the wake of the tragedy, she joined local campaigns against gun violence, speaking out at a local march and contacting us to spearhead a fitness-based fundraiser. Thanks to her initiative, a portion of each ticket sale at our upcoming POUND Glow Party will be donated to Everytown for Gun Safety. Read on to learn more about the event, what it means to Rebecca and how you can help.

Philly Dance Fitness: Where were you when you found out about the shooting?

Rebecca Salus: I was preparing to head home from work and get ready for a Valentine’s Day date with my boyfriend. The organization I work for is based in Florida, so I first got an email from a co-worker that went out to the entire agency about an active shooter at Marjory Stoneman Douglas High School. I then started receiving text after text from family and friends who still live in South Florida, including my sister, who was receiving texts from my 12-year old nephew on lock-down at his middle school a mile down the road from MSD. He had to hide under a desk for hours until the shooter was apprehended.

How did you feel when you realized the severity of the situation?

My initial reaction was complete and total shock and denial. I kept thinking, of all the schools in America, this can’t possibly be happening at mine. Every time I saw or heard “Marjory Stoneman Douglas High School” or “Parkland, Florida” on the news, it felt like I was being punched in the stomach. Parkland had just been voted the safest city in America, and growing up there, I was never exposed to any kind of gun violence. I spent that night glued to the news. When I found out that there were 17 victims, I felt a sense of devastation that I’ve never felt before. I didn’t sleep that night or for weeks after that. 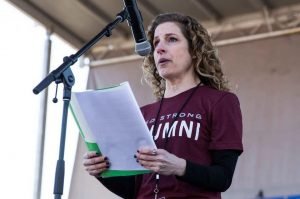 How have you stayed involved?

About a week after the shooting I went home and experienced some of the devastation firsthand. I saw it. I felt it. I visited the school, and I can’t even explain how awful it was. While I was there, I was able to do a lot of hands-on things to support the students and the community. When I returned to Philly, I started feeling helpless. I was concerned that I wasn’t going to be able to do anything to help.

Then, initiatives began popping up all over the country led by alumni of the high school. A national alumni group called Mobilizing MSD Alumni formed — amazingly — about two hours after the shooting happened. The group is composed of over 11,000 alumni all over the world. As soon as I learned of the 30-plus MSD alumni living in Philly, I offered to serve as a co-leader of the Philly region group.  We have been working on raising funds and awareness locally to support the Parkland students and the global fight against gun violence.

I was so worried that my high school would forever carry this legacy of violence, but when I saw the reaction of the students and alumni, I knew that the legacy of the school would be the “Never Again” movement that followed.

How does gun violence affect you personally?

A tragedy like this is unfathomable until it hits close to home. Parkland, Florida is an incredibly safe community. Nobody would have expected a shooting to happen there — until it did, and now the MSD community will never be the same. I never felt so strongly about taking action as I have since February 14.  Thinking about my high school being so violently attacked motivated me to stand up against gun violence and make sure that voices are being heard on this issue. Imagining the scene that day, the classrooms I once sat in, the halls I once walked down, being brutally attacked, traumatized me intensely.

When I think about my nephew hiding under a desk, knowing at 12 years old that a “code red” meant an active shooter was in the area, it makes me so enraged. The fact that his generation has come to know this as part of their educational experience is unacceptable. It has to stop. No community is immune from gun violence and change has to happen on a national level for our children to feel safe. 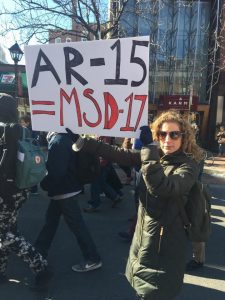 Rebecca at March for Our Lives in Philadelphia

What prompted you to contact Philly Dance Fitness about your advocacy efforts?

Philly Dance Fitness was one of my first connections after moving here a year ago, so it felt natural to reach out and say, “I have to do something, can you please help me?” Deb, the owner, and I talked about a few different things and she said she thought having it align with an existing event would be the best way to reach people. It’s not supposed to be too much pressure or make people feel like they have to make a big donation. Just by attending the event, people are supporting the cause!

What first brought you to Philly Dance Fitness?

When I moved here in April 2017, I didn’t know anybody, literally not one person. There are only three other co-workers in my office where I serve as the program director for JAFCO, a small nonprofit that provides child welfare services for at-risk families and families raising children with special needs. I had mentioned that I was really into dance and had taken Zumba in Florida. One of my coworkers recommended that I look into Philly Dance Fitness. I went to a couple of classes and I was hooked! It was probably the first way that I started meeting people because I was going to the same classes regularly.

I also started taking classes that I knew would make me eligible to perform in Philadelphia Dance Day last July. That helped with feeling connected. Meeting people through rehearsal, getting to know the instructors — especially in those first couples of months, it gave me a reason to leave my apartment. It was social; it was also keeping me fit and helping me tap into the passion I’ve had for dance my whole life. It was really meaningful and definitely one of the reasons that I wanted to join with PDF on this event.

Do you think people without direct connections to recent school shootings will still be interested in supporting events like this?

Communities everywhere felt the impact of what happened in Parkland. A month after the shooting, over 800 marches were held all over the world. As soon as I made it known that I was an MSD alum, the community stepped up and offered their assistance. I had a team of friends marching beside me on March 24 in Philly amidst a 10,000-person crowd filled with students, parents, grandparents and advocates from all walks of life.

Whether they have been personally impacted or not, people everywhere are saying “enough is enough.” Imagining it happening in your own school or town is enough to make most people feel the impact. This is a universal issue because it can happen anywhere and every community has to stand up and take action in order for change to happen. We cannot let this fade from the headlines just because it didn’t happen in our own backyards.  It is every community’s responsibility to speak up and say NEVER AGAIN! 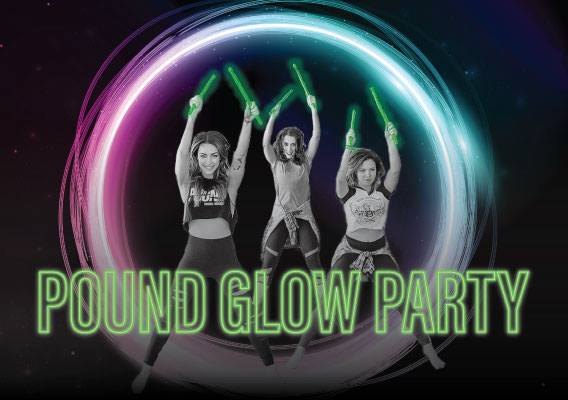 A portion of each ticket sale to our April 28 POUND workshop, held on April 28 at 6 p.m. at our Midtown studio, will go to Everytown for Gun Safety, a nonprofit organization that advocates for gun control and against gun violence. After the workout, Rebecca will give some brief information about the work Everytown does, her connection to the cause, and conduct a raffle with prizes, of which 100% of the proceeds will go to charity. Learn more about the event and RSVP here.