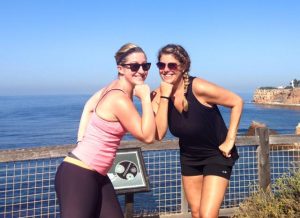 Longtime friends and Philly Dance Fitness members Niki Shaffer and Amanda Congar have joined forces to raise money for blood cancer research through the Leukemia and Lymphoma Society’s “Man/Woman of the Year” campaign. In support of their efforts, we’re holding a fundraising social at our studios this Wednesday, May 11. Read on for details about how they got involved this project and the role PDF plays in their lives.

If you come to Philly Dance Fitness regularly, you’d probably recognize Niki and Amanda. The two have been members since 2013 after taking a chance on a Zumba class.

Although dancing together has certainly played an integral role in strengthening their bond, they’ve been friends since meeting freshman year at Drexel University. Amanda now works as the director of catering for the Philadelphia Loews Hotel. After working closely with the Leukemia and Lymphoma Society (LLS) on hosting several of their fundraising galas at Loews, she was asked to submit a nomination for the Man & Woman of the Year campaign. The campaign activates 18 professionals in the Philadelphia area in a friendly competition to raise funds for blood cancer research.

Amanda immediately thought of Niki, who works as a local sales manager for an international billboard company. One of Niki’s co-workers and close friends, Rodney Byrd, was diagnosed with Hodgkin’s Lymphoma in 2013.

After about six months of treatment, Rodney was almost cancer free, but suddenly had an extreme reaction to one of the drugs he was taking and fell into a coma. He remained unresponsive in the hospital for nearly three months. Niki sometimes spent the evenings with Rodney’s daughter, Kandra, now 5, so that his wife could be at his side in the hospital.

“It was horrifying,” Niki recalls. “He was like a total vegetable.”

The odds of a patient in Rodney’s condition surviving that situation were slim, Niki says, but somehow his body was able to flush out the cancer. Today, she says, he’s almost completely back to himself, though he’s still working with physical therapists to regain his strength.

Watching her friend undergo such trauma moved Niki, and inspired her to become a spokesperson for the cause.

“It’s a really tricky cancer to treat,” she says, underscoring why she believes it’s so important to continue raising funds for research and support. Interestingly, she says, some of the drugs that have been developed to treat blood cancer have turned out to be effective for other types of cancer.

Once nominated for the campaign, Niki formed a team that includes Amanda and nine others, and set a goal of raising $50,000 over the course of 10 weeks. They knew the task would be challenging, but they decided to get creative and approached Philly Dance Fitness for support.

In their three years of membership, Niki and Amanda — who are often seen at class together — have tried most everything, from hip hop to African Dance Revolution. Their current favorites are Cardio Pop and POUND Fitness.

Aside from the variety of classes, “it’s just an incredibly comfortable environment to work out in,” Niki says. “The instructors are amazing and there’s absolutely no judgment.”

When the duo reached out, we were inspired not only by the strength of their friendship and dedication to bettering their own lives through exercise, but also by their desire to give back to this remarkable cause.

As a result, we worked together to come up with a special fundraising event at our studios on Wednesday, May 11th. For every person who attends a regularly scheduled class, Philly Dance Fitness will donate $1 to Niki and Amanda’s campaign. Following class, we’ll also hold a social at our Midtown studio with beer, wine, snacks and great dance music. Donations will be accepted at both our Midtown and Rittenhouse studios throughout the night, and all of the funds raised will go directly to support blood cancer research and services for affected families. Find all the details here or on our Facebook page.

In addition to this fundraiser, there will also be a silent auction and gala to conclude the campaign at the Loews Hotel on June 10th. Learn more about the campaign here or by snagging Niki or Amanda one evening at class! 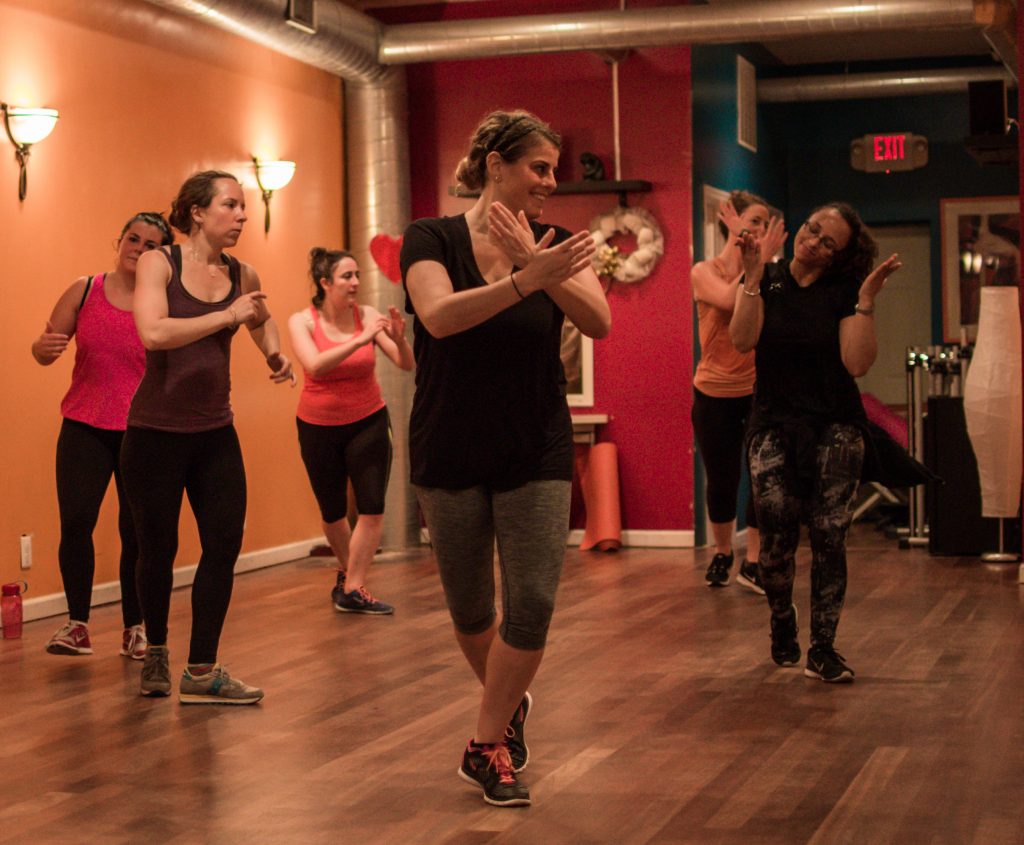